Iceberg Point and the Seabird Coast

Significant declines in Salish Sea marine birds have been reported since the 1990s, which makes the monitoring of marine bird habitats, prey use, and breeding success important to future conservation actions. Seabirds are especially abundant around the south shores of Lopez Island, where they prey on sandlance and herring as well as juvenile salmon.  Our volunteers monitor seabird diversity, abundance, and prey use from viewpoints along Iceberg Point trails several times per month.  Iceberg Point is part of the San Juan Islands National Monument.  Iceberg Point is also an important foraging area for the threatened Marbled Murrelet, and our data may be able to show a connection between the kinds of prey that are available and bird distributions. In addition, spring boat-based breeding bird surveys document nesting success on the small islands where seabirds raise their young. 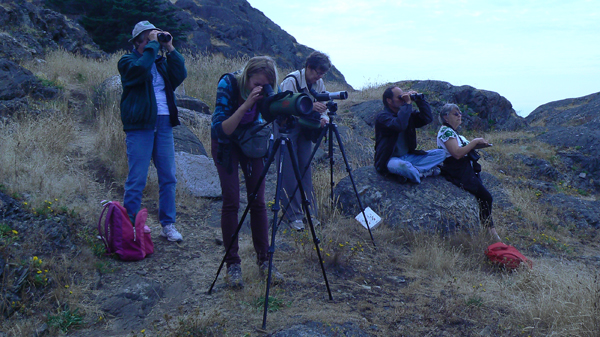